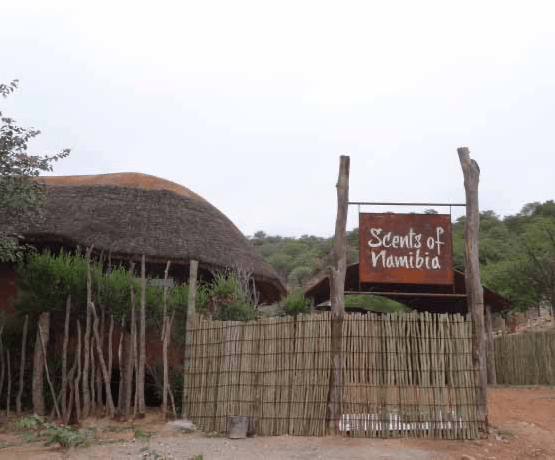 This route links up the western gate of the spectacular Etosha National Park and its teaming wildlife with another Namibian highlight the two major waterfalls on the Kunene River.

This route links up the western gate of the spectacular Etosha National Park and its teaming wildlife with another Namibian highlight the two major waterfalls on the Kunene River. The route traverses Mopani shrubland while skirting the Etosha Park fence. Opuwo, the main centre in the Himba heartland, is a necessary refuelling and supply stop. The town is of great contrast between modern and ancient tradition. Young people in jeans and t-shirts walk the dusty roads alongside traditionally dressed Himba women covered in ochre and wearing copper bangles and leather adornment.

The good quality gravel road leads the explorer past Himba trudging the remote roads to bring their cattle, goats and donkeys to the nearest water source. The Epupa waterfall is one of the truly unspoilt natural wonders of Africa. The full force of the mighty Kunene River plunges into a narrow gorge, which sends sheets of spray into the blue Namibian sky.

The river and its fast flowing water brings life to people and animals, many of which walk vast distances to seek the replenishment, shade and shelter. A section of the road between Swartbooisdrift and Ruacana hugs the Kunene River and offer glimpses of the river through the thick riverine forest. Keen birders hone in on a small section of the river which is home to the endemic Cinderella Waxbill. River front campsites and lodges are tucked away among makalani palms on the riverbank.

Businesses in the Area