The park was first proclaimed as the Caprivi Game Reserve in 1966 and upgraded to the Caprivi Game Park in 1968. It was gazetted as the Bwabwata National Park in 2007 and incorporated the former Mahango Game Reserve. The park has had a chequered history as it was declared a military area by the South African Defence Force during Namibia’s war of liberation. It was not until after Independence in 1990 that the park could be properly run as a conservation area.

A survey was conducted in the park at Independence to investigate the status of the fauna and flora after the military occupation and to assess the circumstances of the 5 000 people living in it. This survey laid the foundation for the current management approach in the park, which incorporates the needs of the people living there. The survey also laid the foundation for the zoning of the park, which has a core conservation area in the west along the Okavango River, a multiple use area in the central part of the park and a core conservation area in the east along the Kwando River.

Development of infrastructure, provision of equipment and park planning is being supported by the German Development Bank (KfW)through the Bwabwata, Mudumu, and Mamili (BMM) Parks Project and by the Global Environment Fund through the Strengthening the Protected Area Network (SPAN) Project. 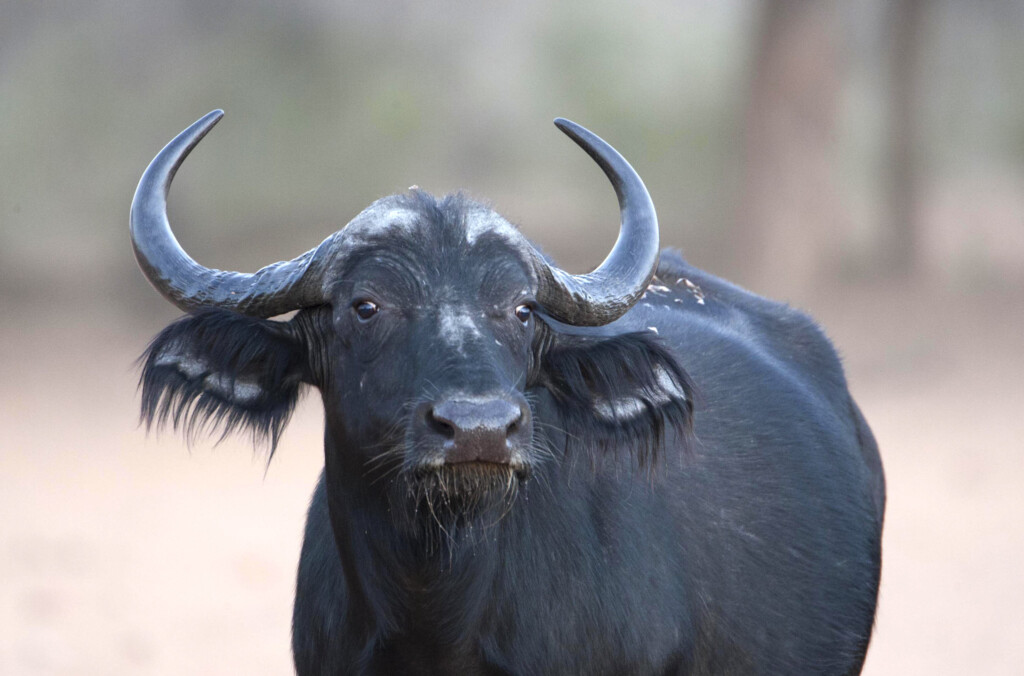 Natural features: Low vegetated sand dunes with old drainage lines (omurambas) in between. The Okavango River in the west and the Kwando River in the east.

Tourism: Most tourism facilities are outside the park, run by private operators who offer day trips into the park. Two conservancy-operated campsites on the Kwando River: Nambwa (Mayuni Conservancy) and Bum Hill (Kwando Conservancy). The Kyaramacan  Association runs N//goabaca Campsite at Popa Falls on the east bank of the Okavango River. Namibia Wildlife Resorts operates the Popa Falls Rest Camp on the west bank of the river. Most tourists are self-drive campers from overseas or within the region

Key management issues: One of the main aspects of park management is dealing with the presence of about 5 000 people living in the main village of Omega in the central part of the park and in a number of smaller settlements. Several other ministries operate in these settlement areas, providing services to the residents. The MET is committed to working with the residents in terms of joint wildlife management and benefit sharing. A Technical Committee has been formed consisting of all the main stakeholders in order to advise the MET on management issues. Park residents have formed their own representative body, the Kyaramacan Association. Apart from the N//goabaca Campsite, the association has the concession to build a small lodge and shares the income from a trophy-hunting contract with the Ministry. The association’s own community game guards work with MET staff to prevent poaching. Park staff work closely with conservancies, community forests, NGOs and other government departments to jointly manage a larger area of land known as the Mudumu North Complex, which includes the Bwabwata and the Mudumu national parks and the communal land in between.

The park is partially fenced and these fences have to be maintained, particularly because of veterinary controls on the southern boundary that forms the border with Botswana. Tourism needs to be controlled, particularly as there are few tracks, which mostly follow the rivers and which can become congested if there are large numbers of visitors. Poaching is low in the park due to the joint efforts of the MET and the community game guards, although there are sometimes incursions from neighbouring countries. The park is part of the Kavango/Zambezi (KAZA) Transfrontier Conservation Area and cooperation in transboundary conservation management is being promoted, particularly as the park forms a corridor for elephant movement from Botswana into Angola and Zambia. The large concentrations of elephants are opening up the riverine vegetation and destroying habitat for species such as the Chobe bushbuck, the number of which is declining.